There I was again, wanting to get away. So this time I reached out to a few more friends in addition to my usual travel buddies Tel and Mara. As I threw out different destinations I received the same response from everyone "I don't care, wherever you decide I'm fine with". Enough said, Temptation All-inclusive beach resort in Cancun, Mexico it was.
On March 17th, we made our way to Cancun, Mexico.  Mara, Tel and myself arrived first, then my girl Peggy, her friend Sheena and Mara's friend Christina. Last but not least was Berry.  Seven women = seven different personalities. There was no telling how we would all mesh, but in the end we meshed together perfectly. The resort was beautiful, lively, and just what we were looking for. After settling in, changing clothes and making reservations at some of the specialty restaurants we made our way to one of the on-premise restaurants to grab a quick bite.  After which, we explored the resort, checking out the additional restaurants, snack houses, pools, the beach and of course the bars.

﻿﻿﻿With all the drinks we had something was bound to happen. During the evening as we were sitting around having a few cocktails my girl Pegs steps away for a moment and the next thing you know she's soaking wet. SPLASH!!!!! Apparently, she walked right into one of the pools. It was hilarious. All she kept saying was "that wasn't there before". That's right Pegs it wasn't. LOL
For the rest of the evening we strolled the beach and hung with a bunch of Canadians. They were a lively bunch.


﻿﻿Day 2: We woke up ready to enjoy the day. First order of business was to fill our bellies. We went to the main dining hall and stacked our plates and mouths with a mix of American and Mexican breakfast foods such as, bacon, eggs, waffles, pancakes, tamales and freshly made tostadas. They were sooooo delicious. The chef topped the tostadas with a sunny side up egg, cilantro, salsa and shredded chicken. Those were my absolute favorites. ﻿﻿
After breakfast we waisted no time changing into our bathing suits. Now, when we do it we do it right. We came back out as if we were the woman from Sex and the City. Dressed to impress and fabulous we headed straight to the bar. Piña coladas, strawberry daiquiris, screw drivers, rum & cokes. You name it we had it. We laid out by the crowded pool and had a good ole time. There was one big pool with about eight hot tubs embedded in it, it was very sexy. Temptations had such a great atmosphere. There were women prancing around topless, guys mooning one another and a bunch of drunken monkeys. It's an adult only resort so no one had to worry about offending anyones children.  We headed to the beach after a while where we goofed off, worked on our tans and took tons of pictures of course.


Later that evening, some of us grabbed dinner while the others slept. We planned to go to a club but being out in that sun all day and not sleeping had us drained. Most of us that is. Mara and Christina went to the club while the rest of us slept. Tel and I woke up in the middle of the night and decided to go to the snack bar to mingle with some of the guest. We called it quits and went back to our room after an hour.

Day 3:
More pictures, more beach time and a lot more drinking. SMH. (Kids don't try this at home). We ran into two women that loved our beach attire from the day before. They proceeded to tell us how we caused a scene. Lol. No comment.... We joined them at the bar where they showed us a way we could down lots of Tequila without getting drunk. The trick was to down 100% proof tequila and chase it down with a glass of orange juice. It worked because after the women left my girls and a few guys we met from Canada tried this method quite a few times and everyone seemed to remain sober.

An animal handler was walking along the beach with a lion cub. It melted my heart. I got so excited because I've always wanted to hold one and I finally did. We took a few group pictures and some individual ones.    Later that evening we got our party on. We went to town and danced the night away at one of the local spots.
﻿﻿﻿

﻿﻿﻿﻿﻿﻿﻿﻿﻿﻿
Day 4:
On our last full day we stayed on the beach as long as possibly in order to darken our tans. Before heading back to the States. Around 2pm we caught a bus to the pier where we had a parasailing appointment. I think we all were anxious, excited, pumped and a little afraid.
We were picked up in a small motor boat which took us out to sea and to our awaiting parasailing floating dock. There was no turning back now.

Sheena and myself went first. My heart was pounding so hard I thought it would pound right out of my chest. The experience was so thrilling and invigorating. Once we reached altitude we just relaxed and took in the beautiful view. I'm not sure how long we were up there, but it felt like a long time. I'll admit that there was one instance where I questioned if I was crazy for doing such a thing. That was when I started hearing creaking noise coming from one of the metal attachments. It was nothing serious obviously, otherwise wouldn't be writing this blog. Lol.

After taking turns going up we headed back to the resort to get some shut eye. The blazing sun and excitement had us drained. The day may have been ending but the night was just beginning.

Around 8pm a few of us met up for our last meal at one of the specialty restaurants. Afterwards, we caught a few cabs to the downtown area where all the clubs and bars were located. Earlier that day the girls and I purchased a club package in which we paid one set price which covered our entry fee and unlimited drinks at five bars.

The first bar we went to we ended up dancing on the bar top. It rained confetti. Strobe lights were spinning and the music was LOUD. Every time they played Shots, Shots, Shots by Lil John and Pit Bull our bar hoping guide lined up 7 shots for each on of us. This happened about 3x before we made our way to the next location. It was pure madness.

﻿﻿
The next spot was a death trap. We walked into this dark, sketchy hallway which led to a huge, overly crowded, hot, loud room. I don't know if it was a club because there was no dance floor that I could see. The girls and I followed our guide to a tight fitting section where we tried to remain standing. It was a little difficult being that we were standing on what resemble bleachers. HORRIBLE. In the middle of the room there were performances taking place. Batman, Cheer and other impersonators took the stage and did a short performance. I was at a lost for words. I started to panic and have visions of a fire breaking out and people having no where to escape to. It was time to go.  We found our way out by pushing our way through a few dark curtains. I was relieved to get the heck out of that place.

﻿
After the horror we ended the club tour and found some spots to go to ourselves. We danced on a rotating floor at one and had our final hurrah at another. This was the perfect way to end our time in Cancun, Mexico or so I thought.

﻿
﻿Day 5:
Sigh........ We had an early flight scheduled so prior to us partying the night before we packed up our things.
It was a smooth ride to the airport. With the time to spare some of us grabbed a few souvenirs.

In the midst of shopping I noticed that the tickets for myself, Mara and Tel did not reference seat numbers so I went to the ticket counter and asked about it. The attendant stated that the flight was full and that he would look into it. Moments later he called me back over and told me all he had left were business class seats. Berry overheard him and told me to tell him we came as a group. Lol. Well he told me you either want the 3 business class seats or you don't. Who was I to argue? I took the tickets, turned around gave Berry a sad face (while dancing with excitement in my head) and said "sorry".

As Tel, Mara and myself boarded the plane we begin to smile from ear to ear. Berry hit me with her bag as she and the rest I the girls walked to COACH. Lol. Once we were in flight the flight attendant handed us a warm rag to clean our hands then a delicious breakfast of home fries, an omelet, fruit and some orange juice. This was definitely the way to end our trip. In no time we were back in the States.

Until next time ladies ❤ 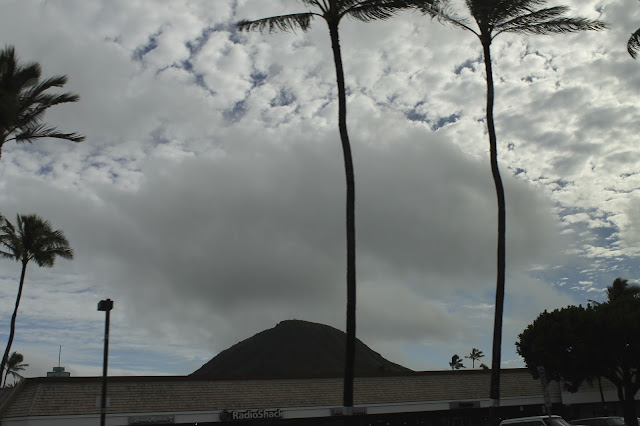 FROM STORM TO SUNSHINE (HAWAIIAN ADVENTURES) 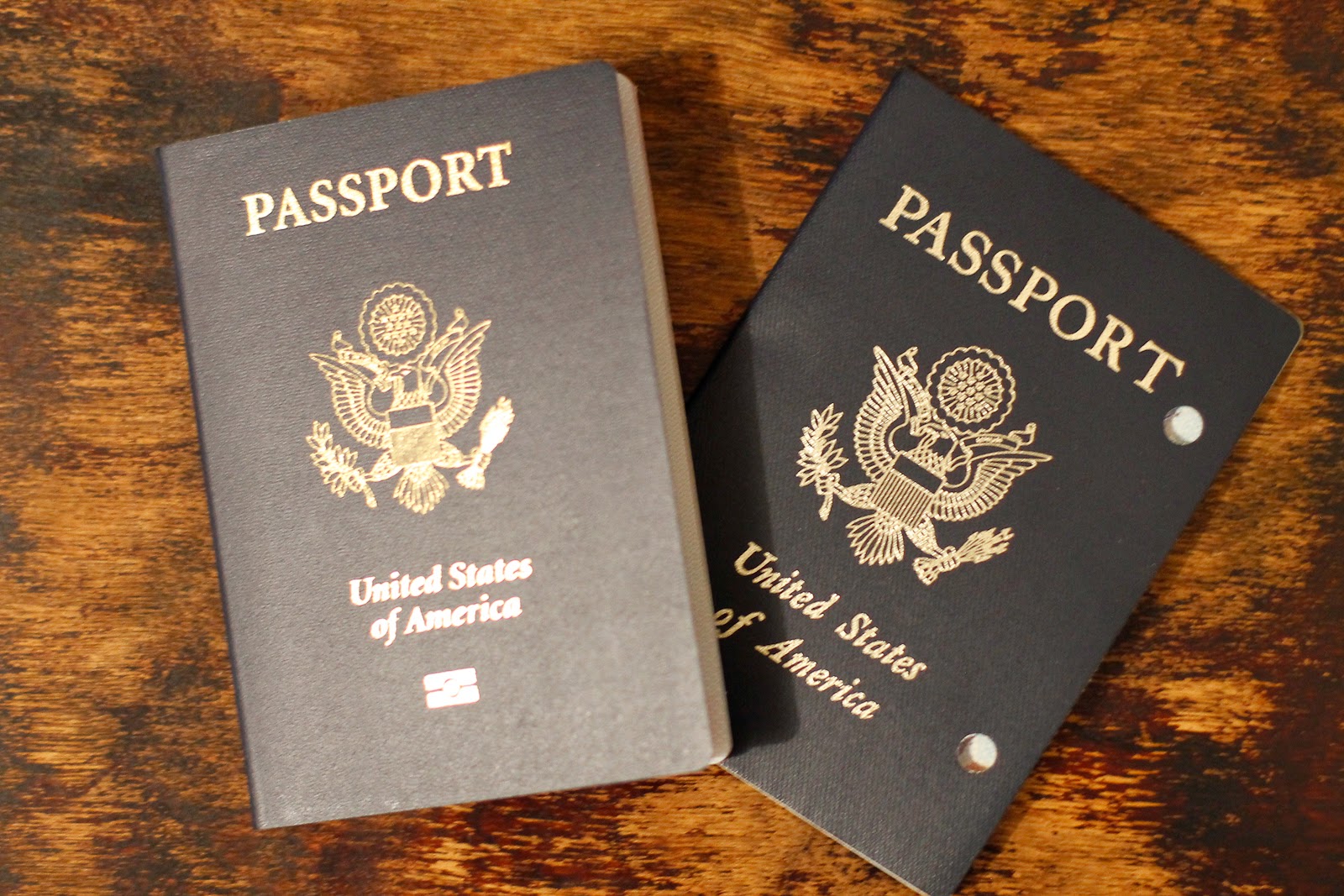 For The Love Of Travel

Around The World Girl
Around The World Girl is a blog about my four loves - Traveling, Photography, Food and Art. It's a photographic journal documenting the places I've traveled to, places I dream of traveling to, my love of art and food. Included will be helpful tips, fun facts and much more. As I always say, let the world be your playground.